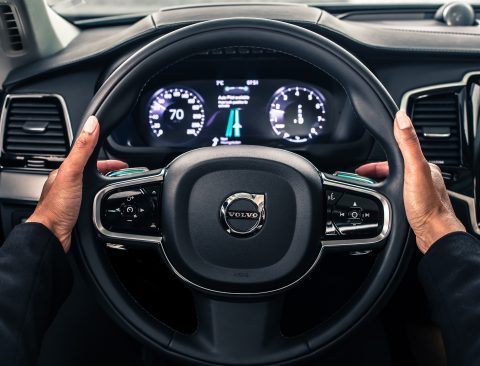 Boston will partner up with the World Economic Forum to explore autonomous technologies in the city, Mayor Marty Walsh announced Wednesday. The collaboration will include a year-long engagement focused on creating policy recommendations and supporting on-street testing of autonomous vehicles, also known as self-driving vehicles, to advance the safety, access and sustainability goals identified by the public during the Go Boston 2030 transportation planning process.

Boston was selected as the lead partner city for the World Economic Forum’s City Challenge, an initiative designed to support cities in their efforts to prepare for the future of urban mobility. With the help of the Forum and its knowledge partner, The Boston Consulting Group, the City of Boston will develop a strategy for new mobility including autonomous driving, and develop a framework for the testing of autonomous vehicles on city streets.

Over the course of the next year City of Boston and Commonwealth of Massachusetts leaders will work with the World Economic Forum, The Boston Consulting Group, international cities and mobility industry leaders on developing policy goals and autonomous vehicle testing scenarios for Boston.

The collaboration kicked-off in July with an advisory group meeting in Boston led by Mayor Walsh focused on exploring autonomous shared vehicle technology and will continue with a series of targeted focus groups being conducted in the coming weeks.

This work with Boston builds on prior World Economic Forum research into Personal Mobility and Self-Driving Vehicles, conducted in 2015 in partnership with The Boston Consulting Group, and the Future of Cities. The results show that improving affordable transportation options could be the biggest factor contributing to individuals escaping poverty.

While industry experts agree self-driving cars will be a significant presence on U.S. roads by 2030, complete regulations have not been put into place to prepare for them. Boston and World Economic Forum’s partnership directly complements and draws upon the efforts of Go Boston 2030 and will include an autonomous vehicle pilot, which will be instrumental in guiding Boston and other cities through the process of integrating, and maximizing benefit from, new mobility technologies.

The self-driving vehicle initiative is an early action project of Go Boston 2030, the City’s transportation planning effort. The effort is being led by the Boston Transportation Department and the Mayor’s Mobility Plan Advisory Committee. In addition to developing a long term strategic plan, Go Boston 2030 is identifying specific initiatives for immediate implementation. 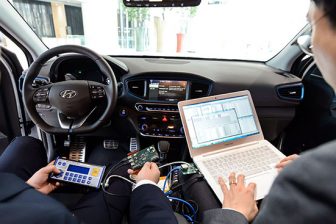