While many car companies join the race of developing cars that can drive autonomously, Toyota does not plan to be a contender in that area. Instead of replacing them, the Japanese company aims to help drivers to travel more safely by focussing on systems for drive assistance.

This was said by Seigo Kuzumaki, Toyota’s assistant chief  safety technology officer, to Automotive News. “A completely autonomous car is not what we’re looking for. Our priority is to reduce the number of accidents.”

Many car and technology companies are aiming for level 5 autonomous driving, where all people basically have to do is start the car and set the destination. This is what Tesla and Google, among many others, are committed to. Toyota chooses to focus on level 3 autonomous driving. If such a system performs as planned, it will allow drivers to set automated driving for limited environments, such as freeways.

Toyota will introduce their Highway Teammate-system in Japan in 2020. This will allow vehicles to accelerate, brake and steer itself for stretches of highway. Additionally, the car company will introduce Urban Teammate, which serves the same cause in city environments. A launch date for this urban drive assist has not been discloses by Kuzumaki.

One of the aspects of level 3 autonomous driving Toyota still has to solve is safely returning control of the vehicle from the system to the driver. Up to now, this has been tried to achieve with audible warnings, lights and vibrating seats. “It is true that the handover is a very difficult issue. The biggest issue is the communication between the system and the human driver. We are working on it right now”, Kuzumaki stated. 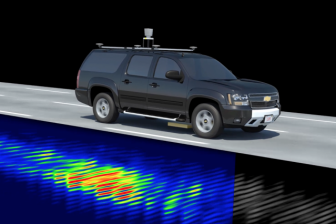