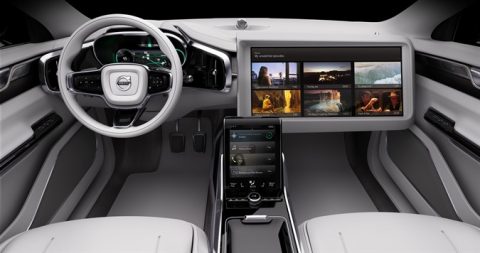 Volvo Cars responsible for the actions of its self-driving cars

Volvo Cars will accept full liability for the actions of its autonomous cars when in Autopilot mode, making it one of the first manufacturers to take this vital step forward in the development of self-driving cars. President and CEO Håkan Samuelsson made the comment as part of a speech that called on legislators, governments and car manufacturers to work together more closely to make self-driving cars a reality.

By taking the lead on responsibility Volvo hopes to speed up the creation of government guidelines controlling the testing and development of autonomous cars. Without such guidelines, countries such as the United States could lose their lead in the development of AD.

“The US risks losing its leading position due to the lack of Federal guidelines for the testing and certification of autonomous vehicles,” said Mr Samuelsson. “Europe has suffered to some extent by having a patchwork of rules and regulations. It would be a shame if the US took a similar path to Europe in this crucial area.”

Mr Samuelsson said that the absence of national Federal oversight in the US could slow down the development and introduction of AD by making it difficult for carmakers to test, develop and sell AD cars.

“The absence of one set of rules means car makers cannot conduct credible tests to develop cars that meet all the different guidelines of all 50 US states,” he said. “If we are to ensure a smooth transition to autonomous mobility then together we must create the necessary framework that will support this.”

Volvo Cars’ commitment to speeding up the introduction of autonomous driving received support from the USA’s National Highway Traffic Safety Administration (NHTSA). “If a tech innovation can reduce deaths on American roads we aren’t just for it, we’re for it now,” said NHTSA administrator Mark Rosekind.