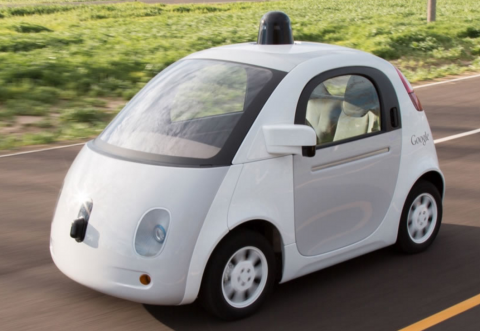 Until last month, collisions involving self-driving Google cars were always caused by the other vehicle involved. On February 14, the first accident was reported which was caused partly by the technology of the autonomous car. Although no injuries were reported and there was mutual blame, Google adapted its software to prevent similar issues in the future.

“On February 14, our vehicle was driving autonomously and had pulled toward the right-hand curb to prepare for a right turn”, Google stated in its monthly report about the autonomous project. “It then detected sandbags near a storm drain blocking its path, so it needed to come to a stop.”

After waiting for some other vehicles to pass, the vehicle, still in autonomous mode, began angling back toward the center of the lane at around 2 mph — and made contact with the side of a passing bus traveling at 15 mph. “Our car had detected the approaching bus, but predicted that it would yield to us because we were ahead of it”, Google stated.

The test driver, who had been watching the bus in the mirror, also expected the bus to slow or stop. “And we can imagine the bus driver assumed we were going to stay put. Unfortunately, all these assumptions led us to the same spot in the lane at the same time.”

This type of misunderstanding happens between human drivers on the road every day. Google said: “This is a classic example of the negotiation that’s a normal part of driving — we’re all trying to predict each other’s movements. In this case, we clearly bear some responsibility, because if our car hadn’t moved there wouldn’t have been a collision.”

The test driver believed the bus was going to slow or stop to allow the autonomous vehicle to merge into the traffic, and that there would be sufficient space to do that. Google has now reviewed this incident (and thousands of variations on it) in their simulator in detail and refined their software. “Our cars will more deeply understand that buses and other large vehicles are less likely to yield to us than other types of vehicles, and we hope to handle situations like this more gracefully in the future.”