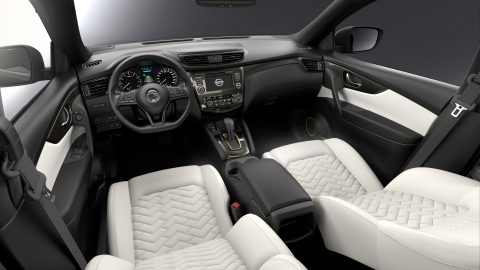 The City of Beverly Hills has unanimously passed a ground-breaking resolution creating a program to develop autonomous vehicles (A.V.s) as public transportation. At the April 5 City Council meeting, council members enthusiastically embraced the program and called for Beverly Hills to take a leading role in testing and deploying a fleet of driverless municipal shuttles.

“This is a game-changer for Beverly Hills and, we hope, for the region,” said Mayor John Mirisch, who laid out his vision for autonomous vehicles in an op-ed article for the Los Angeles Business Journal last June. “Beverly Hills is the perfect community to take the lead to make this technology a reality. It is now both feasible and safe for autonomous cars to be on the road.”

A group of tech-savvy residents who make up the City’s technology committee have been working with the City Council to develop the A.V. program and other technology projects. Beverly Hills is currently designing a citywide network of fiber optic cable that, in addition to bringing high-speed connectivity to every resident and business in Beverly Hills, will enable communications with the smart cars of the future.

A number of companies are predicting they will have A.V.s on the market in two to five years. Part of the A.V. program is a public summit to be held this fall at the Wallis Annenberg Center for the Performing Arts. The summit will feature talks by experts in the field, demonstration rides and panel discussions.

“We can’t solve future or even today’s problems using technology of the past,” Mayor Mirisch said. “A.V.s will take private cars off the road, reduce demand for parking, increase safety and mobility for everyone, including the disabled, and solve the ‘first/last mile’ challenge for residents using the future Purple Line.”

The Purple Line extension through Beverly Hills, estimated to be operating by 2026, will have two stops in the City, but no new public parking is currently planned. As envisioned, the A.V. shuttles would provide on-demand, point-to-point transportation within the City, with users requesting a ride using their smart phones. Phase I of the resolution also calls for the City of Beverly Hills to develop partnerships with A.V. manufacturers such as Google and Tesla. In addition, the City will work with regulators and policy makers, and create a white paper outlining the City’s program.