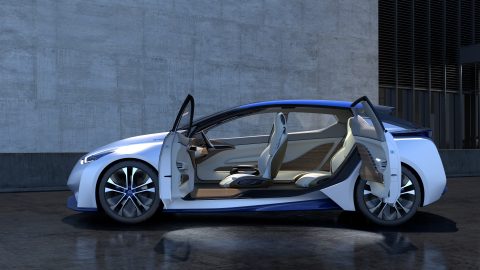 The Chinese equivalent of Google, Baidu, expects fully autonomous cars to be used for commercial applications in China by 2019 and a mass production of these cars by 2021. The company thinks that Chinese people will embrace autonomous vehicles sooner than Americans. This was said by Jing Wang, leader of the autonomous vehicle program at Baidu, in an interview with technology magazine Wired.

Baidu started developing a program for autonomous vehicles 3.5 years ago and recently announced that a prototype of an autonomous car drove 18.6 miles through Beijing. The Chinese company won’t reveal the scope of the program however and it isn’t clear how often the car crashed. In comparison, Google has made autonomous cars drive 1.5 million miles and caused only one crash.

In the interview, Wang claimed that Chinese people are more inclined to drive in autonomous vehicles. This claim is supported by a study from the World Economic Forum, which found that 75 percent of all Chinese people would be prepared to use a self-driving taxi, compared to only 52 percent of Americans. Wang claims that China will embrace autonomous cars more easily, because the population is prone to embracing new tech, has a national appetite for big, bold projects and because China has a vast auto industry.

Furthermore, the need for autonomous cars would be a lot higher in China than in America, because of the problems with congestion and emissions. The use of autonomous cars could be a solution for this. Baidu doesn’t plan to build cars itself. The company wants to work together with automakers, who can provide the cars. Baidu will provide the technology.