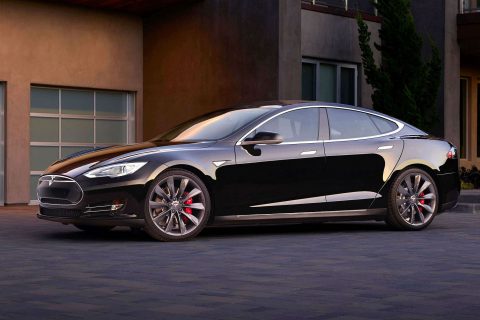 “By marketing their feature as ‘Autopilot,’ Tesla gives consumers a false sense of security,” says Laura MacCleery, vice president of consumer policy and mobilization for Consumer Reports. “In the long run, advanced active safety technologies in vehicles could make our roads safer. But today, we’re deeply concerned that consumers are being sold a pile of promises about unproven technology. ‘Autopilot’ can’t actually drive the car, yet it allows consumers to have their hands off the steering wheel for minutes at a time. Tesla should disable automatic steering in its cars until it updates the program to verify that the driver’s hands are on the wheel.”

Driving on its own

This response has been fueled by the first fatal accident with a self-driving Model S. During his incident, the car was on Autopilot mode. Consumer Reports recognizes that the exact cause of the accident remains to be identified, but that the situation has sparked discussions about whether or not Tesla’s roll-out and marketing of its self-driving systems promote dangerously premature assumptions about the car being capable of driving on its own.

Tesla’s own press release for the system announced “Your Autopilot has arrived” and promised to relieve drivers “of the most tedious and potentially dangerous aspects of road travel.” But the release also states that the driver “is still responsible for, and ultimately in control of, the car”, Consumer Reports points out. Its experts believe that these two messages—your vehicle can drive itself, but you may need to take over the controls at a moment’s notice—create potential for driver confusion. It also increases the possibility that drivers using Autopilot may not be engaged enough to to react quickly to emergency situations.

Therefore, Consumer Reports asks Tesla to take certain measures. The company should “disable Autosteer until it can be reprogrammed to require drivers to keep their hands on the steering wheel. Stop referring to the system as ‘Autopilot’ as it is misleading and potentially dangerous. Issue clearer guidance to owners on how the system should be used and its limitations. And test all safety-critical systems fully before public deployment; no more beta releases.”

Tesla responded to Consumer Reports by e-mail: “Tesla is constantly introducing enhancements, proven over millions of miles of internal testing, to ensure that drivers supported by Autopilot remain safer than those operating without assistance. We will continue to develop, validate, and release those enhancements as the technology grows. While we appreciate well-meaning advice from any individual or group, we make our decisions on the basis of real-world data, not speculation by media.”