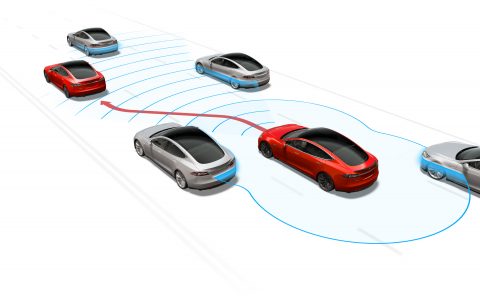 Officials have confirmed the first self-driving car death involving a Tesla S sports car where the driver was using Autopilot. Some very rare circumstances seem to have made the incident unavoidable, the company has stated on its website. The fatal crash occurred on May 7 in Williston, Florida.

The National Highway Traffic Safety Administration (NHSTA) has opened a preliminary evaluation into the performance of Autopilot during the fatal crash that occurred in a Model S. Tesla stresses that “this is the first known fatality in just over 130 million miles where Autopilot was activated. Among all vehicles in the US, there is a fatality every 94 million miles. Worldwide, there is a fatality approximately every 60 million miles. It is important to emphasize that the NHTSA action is simply a preliminary evaluation to determine whether the system worked according to expectations.”

Tesla says it followed standard procedure in informing the NHTSA about the incident immediately after it occurred. “What we know is that the vehicle was on a divided highway with Autopilot engaged when a tractor trailer drove across the highway perpendicular to the Model S. Neither Autopilot nor the driver noticed the white side of the tractor trailer against a brightly lit sky, so the brake was not applied.”

The height of the trailer combined with its positioning across the road and the extremely rare circumstances of the impact caused the Model S to pass under the trailer, with the bottom of the trailer impacting the windshield of the Model S. Would that impact have occurred at the front or rear of the trailer, the advanced crash safety system would have been prevented serious injury. Tesla says the Autopilot system is meant as driver’s assistance, not to take over control of the car. Drivers need to remain alert at all times. The system is continually being developed to become even safer than it already is, the company states.

There has been some serious criticism of Tesla following the fatal incident. It happened on May 7, and on May 18 the company issued new stocks. At this time the incident was both known and reported to the NHSTA by Tesla, but no public announcement or statement was made. A critical article in Fortune insinuated that this information had been held back so it could not negatively influence the value of the issued stocks.

According to Tesla’s Elon Musk, this was not the case. He chose not to share the information because neither Tesla or the NHTSA at that time knew what had caused the incident. Musk also feels the news about the incident was not material to the value of Tesla.

Recently, another serious accident involving a self-driving Tesla took place. In this case, a model X crashed into an concrete wall and flipped over. The driver and passenger survived the crash. Afterwards they told the police that the car was on Autopilot at the moment the incident occurred. The NHTSA is looking into this accident as well.